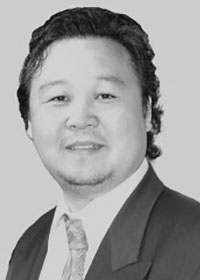 Professor Seong Won Nam is a professional lyric tenor, with a broad background of experience in performance, teaching, and leadership. He is well known in the Washington D.C. area as a focused, dedicated artist and teacher.

Seong is an Adjunct Professor of Music at George Mason University, Fairfax Virginia, where he supports the vocal music program at George Mason University School of Music through personal instruction, evaluation, and curriculum development. He was also the founder and the president of Christian Classical Singers, professional male singer group in Washington Metropolitan Area, an organization developed to promote the classical, operatic, sacred, and oratorio arts from the perspective of the Korean-American experience, and the CCS performs traditional international and Korean vocal music from a variety of genres throughout the Washington DC area to all audiences.

As a soloist, Seong has performed leading roles in productions of L’Elisir d’Amore (Nemorino) and Rigoletto (Duke of Padua), and has performed concert renditions of La Boheme (Rudolfo), Madama Butterfly (Pinkerton) and Faust.

Seong is now in his twelfth consecutive season with the Washington National Opera, and has appeared as a chorister or as a principal in more than 300 performances with the company, including Cosi fan Tutte, Turandot, Parsifal, Don Carlo, Contes d’Hoffman, Aida, Don Giovanni, Idomoneo, Lucia di Lammermoor, Cenerentola, Tosca, Magic Flute, Il Trovatore, Madama Butterfly, and many others.