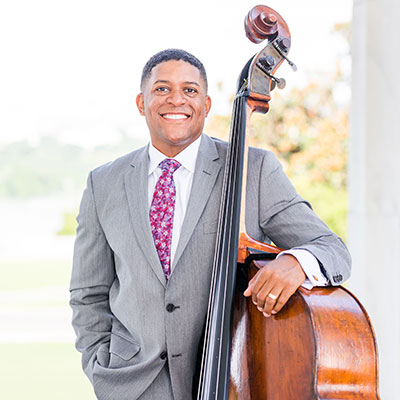 Zackery Pride began his musical studies on violin at seven years old and switched to bass at the age of fourteen. While in high school, he studied with Michael Kurth of the Atlanta Symphony Orchestra. He decided to make a career of music under his tutelage. Upon graduation, he was awarded a music scholarship from Oberlin Conservatory of Music, where he earned a Bachelor of Arts Degree in Music with honors. He later earned the Master of Arts degree at Georgia State University.

Zackery Pride has served with the The U.S. Army Band “Pershing’s Own” since 2008. He’s performed for four Presidents, nine Medal of Honor recipients, three USO tours in theaters of combat, and several notable heads of states in governments abroad.