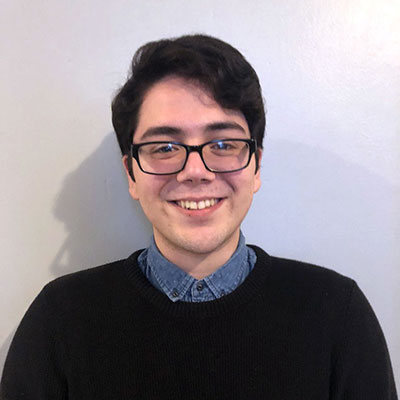 From West Orange, NJ, Eduardo Fajardo, 20, is a Junior at George Mason University. Eduardo, under the teachings of Julianna Nickel, is pursuing a BM in Music Performance. Though having started his journey with the flute at almost 16 years old, he has previously served as the Principal Flutist for two seasons at the Ravina Youth Symphony in Maplewood, NJ, has been accepted into the New Jersey Youth Symphony’s Flute Choir in 2017, and received a full scholarship to attend the New Jersey Woodwind Studio’s Chamber Ensemble Summer Intensive Program in 2017, all whilst studying under Natasha Loomis. During his time at Mason, Eduardo has served as a member of the Symphonic Band, the Piccoloist and rotating Assistant Principal of the Mason Symphony Orchestra, and as the Assistant Principal for Mason’s Wind Symphony. Eduardo was selected to perform as a featured soloist in Mason’s 2019 Annual Honors Recital, and performed for Dr. Christopher Chafee in a masterclass this past February. With the GMU Flute Choir, he has performed on the Millennium Stage at the John F. Kennedy Center in Washington, D.C, as well as this year’s Mid-Atlantic Flute Convention. Eduardo continues to be actively involved in the School of Music by serving as the Assistant Music Librarian for the Symphonic Band and Wind Symphony, as well as a volunteer Teaching Assistant for the Woodwind Methods course led by Dr. Mulcahy. As a first-generation Salvadoran-American, Eduardo actively enjoys reading and discussing literature dealing with intersectional issues, with emphasis on topics surrounding race, sexual orientation, the gender binary and expanding beyond the gender binary.