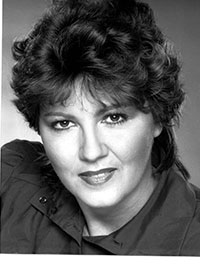 Local recitals include the Kennedy Center Terrace Theater, the National Gallery of Art, the National Portrait Gallery, the Corcoron Gallery and the Baltimore Museum. She has been a featured soloist at the Tidewater Music Festival performing the works of Shostakovich, Brahms and Mahler. She sang the World Premiere of a piece by Thomas McKinley at Carnegie Hall in New York.

Equally at home with Opera, she has performed roles with Washington, Baltimore, Northern Virginia, Prince George’s and Washington Civic Opera Companies. Miss Wenner has won many operatic awards, most notably the Washington Post and Metropolitan National Awards, second place in the Atlantic Regional Auditions and she was a member of the Metropolitan Opera Apprentice Program.

She is currently an adjunct professor of Vocal Studies and Pedagogy at George Mason University and she maintains a private teaching studio.