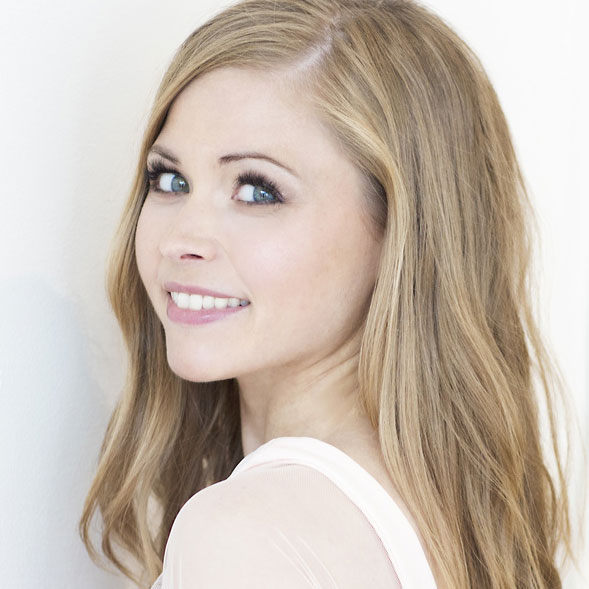 Lauded by the San Francisco Chronicle as “vocally resplendent” and possessing “impeccable coloratura,” in the 2022-2023 season, soprano Alisa Jordheim returns to the role of Gilda in Rigoletto with both the Pacific Symphony and Amarillo Opera, makes her role debut as Adele in Die Fledermaus in a return to Central City Opera, and premieres Lori Laitman's Wertheim Park with Music of Remembrance in Seattle. Last season, Dr. Jordheim sang Gilda in Rigoletto with Central City Opera, sang her first performances of Susanna in Le nozze di Figaro with Virginia Opera, Despina in Così fan tutte with San Diego Opera, and Erste Zofe in Zemlinsky's Der Zwerg with the George Enescu Festival, and returned in concert to the Milwaukee Symphony for Messiah.

She recently made her role and company debut as Clothilde in Pacini’s Maria, reginad’Inghilterra with Odyssey Opera, was engaged as Norina in Don Pasquale in a return to Boston Midsummer Opera, sang Hannah in The Merry Widow with the New Philharmonic, Rossini’s Stabat Mater  with the Bach Collegium San Diego, and joined the Bochumer Symphoniker in a concert of Rachmaninoff and Gershwin. Ms. Jordheim made her company and role debut as Gilda in Rigoletto with San Diego Opera, sang Ninetta in Rossini’s La Gazza Ladra with Teatro Nuovo, Mozart’s Exultate Jubilate with Milwaukee Symphony, Mozart’s Mass in C minor with the Bel Canto Chorus, along with various concerts with the New Philharmonic and the New York Opera Society. She also recently joined Palm Beach Opera for Cunegonde in Candide, made her Paris Opera debut as 1st Knappe in Parsifal, returned to Florentine Opera for both Venus in Venus and Adonis and Belinda in Dido and Aeneas, and joined Boston Midsummer Opera for Rosina in Il barbiere di Siviglia.

Dr. Jordheim created the role of Lola in Aldridge’s Sister Carrie with Florentine Opera, a commercial recording of which was released on Naxos Records. Other recent performances include: Barbarina in Le nozze di Figaro with the Milwaukee Symphony Orchestra, Serpetta in La finta giardiniera with On Site Opera and Atlanta Opera, Yum Yum in The Mikado with DuPage Opera, Constance in Dialogues des Carmélites at the Caramoor International Music Festival, Marzelline in Fidelio with Madison Opera, Nannetta in Falstaff with Emerald City Opera, Micaëla in Carmen with the Columbus Symphony Orchestra, and Satirino in La Calisto with Cincinnati Opera, where she previously sang ZweiteKnabe in Die Zauberflöte and the Page in Rigoletto. She returned to Florentine Opera as Lulu Baines in Aldridge’s Elmer Gantry after participating in the company’s studio, where she sang numerous mainstage roles with the company including Miss Wordsworth in Albert Herring, Barbarina in Le nozze di Figaro, and Frasquita in Carmen as well as excerpts of Adina in L’elisird’amore. She is also a former participant in San Francisco Opera’s prestigious Merola Opera program, where she sang both Lucia in The Rape of Lucretia and Barbarina in Le nozze di Figaro. With Central City Opera, she sang Flora in The Turn of the Screw, Ellen in Oklahoma!, Fredrika in A Little Night Music, and Sirena in a family matinee performance of Rinaldo and received both the Bonfils-Stanton Foundation Young Artists Training Program Award and the Young Artist Award.

On the concert stage, she has sung Torke’s Book of Proverbs at the Grant Park Music Festival, the title role in GisleKverndokk and Aksel-Otto Bull’s Letters from Ruth with the New York Opera Society at the National Gallery of Art, Mozart’s Requiem and Haydn’s Insanae et vanaecurae with Ensemble Pygmalion at the Chapelle Royale du Château de Versailles, further performances of Mozart’s Requiem with Baltimore Symphony, Yum Yum in The Mikado with the Northwest Indiana Symphony, “A Bernstein Banquet” with the Southwestern Suburban Symphony, Brahms’s Ein deutsches Requiem with the Las Vegas Philharmonic and Lawrence University, Bach’s St. John Passion with Madison Bach Musicians, Mahler’s Symphony No. 4 with the Madison Symphony Orchestra, Handel’s Messiah with Madison Bach Musicians and the Milwaukee Symphony, Bestienne in Bastien und Bestienne also with the Milwaukee Symphony Orchestra, The Rose in Portman’s The Little Prince with Cincinnati Chamber Opera, Mendelssohn’s A Midsummer Night’s Dream with the Columbus Symphony Orchestra and Greeley Philharmonic, Orff’s Carmina burana and Mozart’s Exsultate, jubilate with the Fox Valley Symphony, and Bach’s Cantata No. 29 with the Dayton Philharmonic.

She holds both a Master of Music and Bachelor of Music from the University of Cincinnati College-Conservatory of Music, where her roles included Zerlina in Don Giovanni, Pamina in Die Zauberflöte, and Echo in Ariadne auf Naxos in addition to singing Mozart’s Mass in C minor, with previous studies at Lawrence University. Ms. Jordheim is the 2016 Rose Bampton Award winner by The William Matheus Sullivan Musical Foundation, where she was also a career grant recipient in 2015. She was awarded an American Scandinavian Foundation Fellowship and US Student Fulbright Foundation Travel Grant for study and research in Scandinavia towards her doctoral work, also at the University of Cincinnati. She is a two-time winner of the Wisconsin district of the Metropolitan Opera National Council Auditions, 2015 winner of the Bel Canto Regional Artists Competition, and the second place winner of the Auditions Plus Classical Singer Vocal Competition. She is also the recipient of the Edith Newfield Scholarship in the Musicians Club of Women Scholarship Competition.