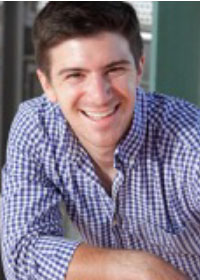 In May 2017, Andrew graduated with an MM in Music Performance from the University of Maryland where he studied with David Fedderly, and in 2015 he completed a BM in Music Performance at George Mason University where he studied with Andrew Hitz. Throughout his college career, Andrew has played in the Disneyland All-American College Band, Bar Harbor Brass Week, and U.S. Air Force Collegiate Symposium. He won the U.S. Army Band “Pershing’s Own” Mock Band Audition Competition in 2017 and also won the Tuba and Euphonium Quartet competition at NERTEC 2017.

After serving two years as the Auditions Coordinator & Recruitment Assistant for the Mason School of Music, Andrew won a tuba position with the West Point Band. Duties in this position are to perform for the Corps of Cadets in ceremonies, football games, and concerts, in addition to outreach events and public concerts throughout the year. The West Point Band handles the official musical requirements at the academy, including military and patriotic ceremonies, performing over 1,600 missions every year.