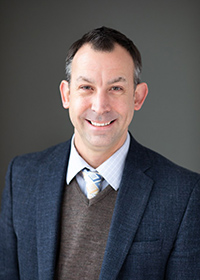 Dennis Cole is a recognized authority of American Studies, whose primary research interest centers on the music of the 20th and 21st centuries, along with various vernacular and popular musical traditions from the United States and Canada. Dr. Cole’s research began with the music and cultural influence of the Beatles, and has shifted, more recently, to the music of Frank Zappa. As the Executive Director for the Drum Corps Heritage Society, Dr. Cole’s focuses his efforts toward the history and preservation of the North American drum and bugle corps.

Dr. Cole has a proven record of excellence in interdisciplinary music research, exemplified through publications in the United States, Germany and Poland, coupled with conference papers, delivered across the United States and Canada. Beyond his primary concentration in American Studies, his secondary interests focus on African, African-Diaspora, and East Asian Studies. In all, his works fuse the applied, theory and methods of musicology, ethnomusicology and cultural studies, and has explored topics related to global popular musics, world music ensemble pedagogy, transcriptions, research methodologies, teaching and classroom technologies, acculturation theories and the issues of identity.